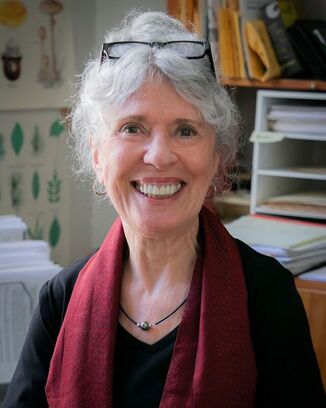 It is with great pleasure that I welcome, Robin Rice, a friend and fellow playwright to VandaWrites. Robin and I have known each other for years as we’ve both grown as playwrights. For the past ten years, about, I think, we have both been members of The Oracles,  a group of truly gifted writers who give each other feedback about their latest work.

Robin has written 20 full-length plays and many more one-act and short plays. Her plays have been produced across the U.S. as well as in South Korea, South Africa, Mongolia, London, Scotland (Edinburgh Fringe) and Iran. Her plays often deal with the struggles of women, artists, and the environment.

Her latest play, Alice in Black and White, was first produced by The Looking for Lilith Theatre Company—I love that name—in Louisville, KY. It did so well there that they decided to bring it to New York, to the Off Broadway Theater 52 East 52 Theater.

My Interview with Robin

Robin: I started writing plays, moved to NYC and got an M.F.A. in playwriting in the early 1990s. Playwriting wasn’t offered at Antioch, Williams, or any of the other colleges I attended previously and I had never met a playwright before then. The possibility never occurred to me!

Vanda: What was it about playwriting that called to you? Did any of the other forms of written expression have the same draw?

Robin: Previously I was a newspaper reporter, then a fine art printmaker. The processes of printmaking are crazy hard. Similarly, playwriting is much more difficult than any other kind of writing for me. I like challenges. Collaboration with directors, actors and designers who bring my work alive, putting it out there for audiences — these are frightening and thrilling gifts that other forms of artistic expression don’t offer. It’s rather like jumping into a cold pond and hoping that the swim to the other side is invigorating. You might drown, but you might see amazing sights on the journey. And of course there’s the challenge of being way past “retirement age” in this youthful arena.

Vanda: You’re getting ready for an off-Broadway production. That’s very exciting. Can you first tell us a little something about your play, Alice in Black and White. An intriguing title. What is it about?

Robin: Alice Austen, a real person, grew up during the Victorian Era. Her family was very proper, very upper middle-class. Women were expected to keep their mouths shut, get married, and see to house and home. Alice did none of these things. At the age of 10 she fell in love with photography. She refused to give up this “unladylike” passion for the rest of her life. She also refused to get married, choosing instead to share her love with another woman. Alice clung with a death grip to the life she wanted, but she almost lost everything. Today the Alice Austen House on Staten Island is designated as a New York City and National Landmark.

Vanda: What was the impetus for writing this play?

Robin: I had never heard of Alice. I was on a hike on Staten Island (yes, there is wilderness there!). Afterwards a friend wanted me to see the Alice Austen House. The house itself, sitting on the banks at the entryway to the Hudson River, captivated me. Alice’s photographs captivated me too. I wanted to know more about the little girl who sat under the linden tree here. She grew up to become the first woman-photojournalist. How did that happen?

Robin: I’ll be working with the director and a large group of disadvantaged kids on my one-act semi-musical HONEY’S SMILE. This will be performed by Playhouse Creatures Camp at Dixon Place on August 20. Also I’m working on a full-length fantasia HARMONY’S AUDITION about a woman who is told she must choose between musicianship and motherhood. (The first reading is with Lafayette Salon on August 25 at Lucky Jack’s, NYC. You’re invited.) Then I’m off to Antioch College in Ohio for a program of my short plays with alumni and student actors in September. Next, I’ve been hired by a Mongolian NGO to teach playwriting there (using an interpreter — another challenge!) in October.

Vanda: Wow! You always have  many exciting projects going on all at the same time.  Tell me,  if you could cast any actor in the world in one of your plays who would it be and why?

Robin: Cherry Jones. Her acting is bed-rock honest and she is magnetic to the core. Plus she’s a lovely person.

Vanda: When that question was asked of me I said ‘Meryl Streep,’for similar reasons,  but I sure wouldn’t mind having the magnificent Cherry Jones, either in my play.

Thanks, Robin, for talking with us today. All the absolute best on your run.