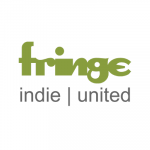 Vanda: This year August 12-28, 2106 New York will host The 20th Annual New York International Fringe Festival. Each year the festival presents close to 200 theater and dance companies as well as individual artists to the world. (FringeNYC.org/about us).

In 2006, my play Vile Affections was performed at The International Fringe Festival under the auspices of Emerging Artists Theater (EAT). The actors, director, writer, production crew and festival crew all worked really hard through the August heat to pull our show together. Putting a show up under the best of conditions is some kind of miracle, but putting one up at a fringe goes way beyond miracle.  Resources are limited. Sets need to be simple so they can be set up quickly right after someone has just taken down their show; and then when you’ve finished your show the set has to be taken  down again to make room for the next show.  We had seven minutes on either side.

Things always go wrong in theater, but when you’re working with limited resources whatever goes wrong is much worse.  During my show the air conditioning broke down the first night. The audience, a vital component of theater, hung in, sweating with all of us.  But isn’t that what theater is really about? Isn’t it more about a community of excited, dedicated people pulling it all together. Instead of  hugely expensive technology, $2000 tickets just to say you’ve been there–A theater which has no room for the middle class and the poor?

There’s always lots of variety at the Fringe so  you’re bound to find something you’ll like? Over the next few weeks I’m going to be interviewing people who are preparing to be in the Fringe. Then I’m going to try to get them back to talk to us about the good, bad, and ugly of the experience.

It is with great pleasure that today I welcome Paul Adams, Artistic Director of Emerging Artists Theater to www.vandawrites.com . Paul’s The Cleaning Guy, will be performed in the Fringe this year. Paul is play a New York based writer, director, actor and producer. He founded Emerging Artists Theatre Company in 1993 and has been its Artistic Director for the life of the company. He also has served on the New York Innovative Theatre Awards committee since its inception 10 years ago. And most importantly, Paul has been cleaning NYC apartments for 25 years!

The Cleaning Guy will have its World Premiere at the 20th Annual New York International Fringe Festival in August. This solo show is written and performed by Paul who has been developing the script for the last three years at Emerging Artists New Work Series. The comedy is based on his life as an apartment cleaner in New York City, since 1991.

I’ve seen The Cleaning Guy in development. It’s funny and its moving and you shouldn’t miss it.
For tickets: FRINGENYC.ORG

Paul: I have been a playwright for about 10 years but this piece is my first real piece of theatre. My other writing was two one acts plays they only got one performance each.

Vanda: You’re also the Artistic Director of Emerging Artists Theater. How do you manage to run a company, work your day job, write plays, act and not collapse?

Paul: It takes a lot of energy and focus to keep all the balls in the air. Working out a schedule where I can fit it all in is how it’s possible. It also helps that I am an early bird and am usually up by 5:30 every morning, even on weekends. ☺ The day job thing is harder as I clean apartments and can suddenly get a job at short notice and then have to rearrange my schedule to fit the money work in. But it also amazes me with how much I can get done in just a few hours while others are sleeping. And I don’t drink coffee or really get any kind of caffeine unless I have chocolate. Just naturally hyper.

Vanda: How do you, the artistic director, interact with you, the playwright?

Paul: The artistic director thinks ahead to production issues and deadlines, marketing, etc. The playwright and artistic director guy come together with the help of my director Melissa Attebery and composer Matt Casarino to take a close look at the text and how we feel it will land with an audience. And as I am also the solo performer, I also have to learn my lines☺ Which is what I am doing this weekend before we start intensive rehearsals this coming week.

Vanda: You said The Cleaning Guy is your first play, but you’ve written a couple one acts.  Explain.

Paul: Yes. I have written a couple of short one acts before this but this is definitely a 60 minute full play with five original songs. I don’t write music but I sang to the composer/arranger and he also came up with shared melodies for a couple of the songs. It was a real  collaboration. This play was developed in Emerging Artists New Work Series. The series allowed me to present where I was in my writing process before an audience and then to sit with them afterwards and have an interactive dialogue, where I could ask the specific questions I needed answers to in order to evolve the piece. Because of my hectic work schedule and because I was producing the New Work Series twice a year, it took a little over 2 years to develop.

Vanda: What was the inspiration for writing this play?

Paul: I have cleaned apartments for twenty-five years in New York City and have had some unbelievable situations that I have walked into and had to deal with. I started at one place and have ended up in a completely different place in that line of work. I wanted to take the audience on a journey that starts off as the humorous characters I worked for, but also gives them an intimate view of what it is to work for people and how the lines get blurred between employee and employer. The reaction from audiences has been amazing and it also leaves them thinking which I always want to do with my work.

Paul: I hope to submit it to other Fringe festivals around the country. I am also working on a TV series based on the play about a middle aged guy in New York City who cleans apartments. Wish me luck☺

Vanda: We do, Paul.  Be sure to let us know how it all goes.