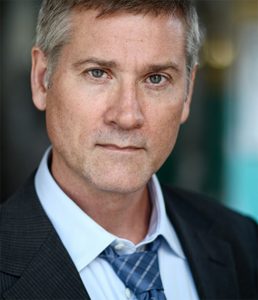 Vanda: Today I’m pleased to welcome Rik Walter to Vanda Writes. Rik has been with The New York International Fringe for some time. But before we go into that let me give you a run down on his previous extensive theater credits.

Theater: Off-Broadway, Walnut Street, Orlando Shakes, Connecticut Rep, Two River (“Best Actor in a Comedy”), Ivoryton Playhouse, Premiere Stages and Chester Theatre (as Charles Dickens), and Luna Stage (as John Muir) among others. Television: Unforgettable, 30 Rock, all Law & Order’s, American Masters, and several soaps no longer on the air. A co-founder of The New York International Fringe Festival, and co-founder and Producing Director of UP Theater Company in his “upstate Manhattan” neighborhood of Inwood, where he has appeared many times on stage. Vero nil Verius. www.rikwalter.com

Vanda: This year you’re not acting in the Fringe, but you have a long history with this fringe festival. Give us a an idea of your previous Fringe adventures.

Rik: I came on as an Artistic Associate with The Present Company in ’95 with the production of Americana Absurdum by Brian Parks wherein I played a suicidal airline pilot…

Vanda: I wouldn’t want to be on that plane.

Vanda: I would have liked to see you play a vacuum cleaner. It sounds like one of those strange acting exercises you hear about.

Rik: …and Lt. William Calley (of My Lai Massacre fame). We wanted to take the play to the Edinburgh Fringe but couldn’t raise enough money, so, naturally, we decided to start our own fringe festival. And the rest, as they say, is history. After doing Americana in that first fringe in ’96, the following year I helped transform an old auto body garage into “The Theatorium” on Stanton and Ridge streets which became FringeNYC headquarters for several years, and hosted the first production of Urinetown, which went onto Broadway two years later.

Vanda: It must have been exciting to be involved with Urinetown.

Rik: I continued to work as a Venue Director for several years before the arrival of our kids took me away from the festival for 15 years. So thrilled to be back! And very proud to be a part, once again, of this amazing institution.

Rik: Well, I’m basically in charge of the early planning stages and daily oversight of all operational needs of one of the festival’s multi-venues, The Clemente Soto Velez, which houses 4 performance venues for the festival (hosting about 60 individual productions), as well as central ticketing, outdoor artist/audience lounge, and food/beverage vendors, for the duration of the 16-day festival.

Vanda: It’s beautiful over there, folks. You must make a point of seeing at least one show in this venue and leave time to sit the café they’ve set up. A New York experience!

Rik: I provide logistical support to all the venues to enhance audience experience, traffic flow and vending partner needs, and help to resolve or offer solutions to all problems and issues, as well as coordinate with all technical needs, scheduling and equipment rentals with our technical directors, and make sure all staff is properly trained and in compliance with standards of interacting with artists, audiences and volunteers. And generally just keep people happy. Oh! The glorious crunch of the creative and logistical colliding. A real rush. I will sleep in September.

Vanda: I completely know what you mean. You’re also the Producing Director of UP Theater Company. Could you tell us about that?

Rik: As Producing Director, I’m in charge of all aspects of the company’s theatrical production output and goals: creating budgets, approving spending; hiring all creative and production staff for our productions, and negotiating venue contracts. I end up managing most of our projects, which includes 4 readings, 1-2 workshops and 1-2 fully-produced new plays each season, in addition to the various other special projects throughout the season.

When people ask me how it all started I blame it on our daughters. None of us co-founders knew each other professionally. We had all met in Isham Park in the early ‘00s while our kids were playing, and slowly developed friendships and realized there was a lot of talent in the ‘hood and wanted to do something about it.

Vanda: That’s a fascinating and unusual way to start a theater company. Tell me, Rik if you could be cast in any part, in any play in the world what character would you play and why?

Rik: If I had to pick just one, I would say that I feel that I am so ready for Macbeth. I have some dark issues to work out.

Vanda: Let me know when you get the part. MacBeth’s one of my favorites.
Be sure to visit Rik’s website and learn more about his theater company. Thanks, Rik, it’s been great talking to you today.