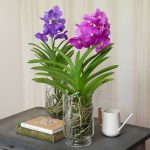 The Who am I? Question

The “Who Am I?” question is probably the most important question we can ever ask ourselves. We usually start asking it sometime in adolescence and I don’t know if we ever stop.  Or maybe that’s just my issue.  Let me know if that question is important to you in the comment section.

I once was asked: What is the main theme of your work, the theme that runs through all or much of it? At the time I answered. “I haven’t a clue. They’re all different.” But my friend, Kevin, had no difficulty answering this question for me. He said, “Your characters are always trying to find themselves; they’re searching for who they really are. When I mentally went through all my previous work I saw he was right. And it’s still true in my most recent work, Juliana, Volume 1: 1941-1944. Alice or Al, as she prefers to be called, is trying to define herself. This struggle continues int0 the next volume, Olympus Rising.

There are many things that make up this thing called SELF. We’ll discuss one each week.   However, I don’t want to do this alone.  I’d very much like you to participate.  Add comments about how a particular aspect has defined you.  Let me know if it would be okay to share what you say with the group.  If you don’t give me permission then it will just be between you and me, but I hope sharing will become the norm so we can look at our topic fully.

The first part of the self we’ll begin with today is YOUR NAME. What part has your given name played in making you–you?  How has your surname contributed to making you–you?

Charles Dickens told his children (I’m paraphrasing) that they had to be respectful of their last name because that was all they would ever have.  I guess he his was letting them know not to expect much from the will; the best he could do was give them a name that had value.

When we are born we are given a name.  Many are given this name before they are born.  My name has been a blessing and a curse throughout my life.  I’m frequently asked why I only use one name.  The Clyde Fitch Report once asked me that too.

From The Clyde Fitch Report:

Can you touch on the roots of your single-name identity?
I don’t know how long ago I started with that, but I’ve only used one name for quite some time. Edward Albee calls me “the playwright with one name.” I just don’t feel that any last name suits me. I guess I feel self-created and therefore I feel that “Vanda” describes me just fine and I don’t need anything more.

It gives me lots of trouble, though. I’m always amazed at how many uncreative, inflexible people there are in the theater. Once I wrote to a director who I’d never met. I may have been commenting on a book he wrote. I don’t think I was asking him to read my work, but he wrote back to say that he would never work with anyone who used only one name. I found that hysterically funny, but also sad.

Computers won’t accept my one-name approach to life, but I guess I expect more from a human being, especially one who purports to be in a field requiring imagination and flights of fancy. I never wrote back to him, but in truth, I would never work with him either. I couldn’t work with a rigid rule-monger masquerading as a director. I wonder if Sapphire, the author of Push has these problems. Or Mo’nique. What about the British writer Saki? Madonna? Cher?

That brings me to the problems of being a one-name writer confronting the computer. A computer wants you to fill in all the little boxes; it won’t accept a form with the last name left out. I finally found a way around this dilemma. In the box where it says “Last Name” I now write “Neveruseit.” I’ve actually gone to writers’ conferences where the organizers have printed “Vanda Neveruseit” on my name tag. They attempt some really strange pronunciations and want to know if it’s German. Or perhaps French.

Lately, I find there are some promotional book sites that also freak out if an author doesn’t have a last name so I’ve compromised.  I’ve started putting “Writer” in that last name box.

How about you? How has your first, last, or both names affected who you are?  I hope you’ll share that in the Comments section.  Let me know if I can share it with other blog readers. I won’t if you don’t give me permission. 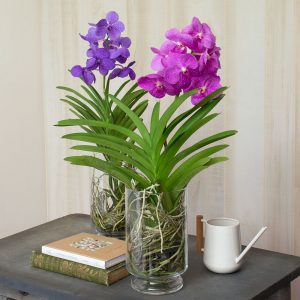 This is a photo of a collection of Vanda orchids. I was named after “Vanda,” who lived in Australia where my father was stationed during WW2.  My mother loved the name and chose it.  “Vanda” I believed was named after the orchid.

My mother and father kept in touch with Vanda in Australia until my mother died.  My father may have kept up the correspondence once my mother was gone, but I’m not sure.

FYI: The Macy Thanksgiving floats are made of Vanda orchids.

I haven’t run across to many people with my name, Cherime. My father named me. I’m not sure where he got it, but I hear a very heroic pigeon in one of the world wars had the same name. If he maned me after the pigeon he never told Mom or me.

Hi, Cherime, I’d really love to hear the story of your name. Did you finish it? On my end I’ve only got that your father named you. Did you say more? I’m afraid my comment section maybe going loopy. Your comment says pending. Is that what you wanted?Let me know. If you still want to tell the story of your name I’m going to look into what’s happening with my site.

I fixed my blog so I could see your whole response. Your name would be great for a character in a book.

I thought you were named after the Lithuanian Goddess of Water. 🙂 My given name Sandra was a compromise between my Mom who wanted to name me Margo (after her mother Maggie) and my Dad who wanted to name me Loretta (after Loretta Young, the actor). I was never allowed a nickname, and as a grownup, I don’t want to be called Sandy anyway. My last name, de Helen, I chose after my Mom complained that neither of her children had named a child after her. I also honored my favorite teacher and my first employer, both of whom were lesbian — all Helens, all from my hometown.
I’ve frequently thought of having a pseudonym for writing, but in the end I have battled on with my thoroughly woman’s name. If I ever achieve fame, I want it in my own, real, legal name.
You have my permission to share this post.

Your comment somehow slipped down to the bottom. It starts with your name.

I have four names. It’s very confusing and schizophrenic. I have two pen names, R. A. Marshall and Eliza Andrews, both of which are family names but not my “real name,” but I have to put “real name” in quotes because I have two more “real names” and often don’t know which one is more “real” than the other.

I’m Buddhist, so one thing that Buddhism teaches is that things come into existence because the mind names them, imputes them. Without that name, it doesn’t exist. It makes me understand how flexible “Self” or “Identity” actually is — without naming and identifying with the meaning of that name, there is no self at all.

4 names, wow! I’m thinking of writing something under a pseudonym. I’ll need to talk to you about how you manage the different names and how you market for different books (genres?)

I love what you said about Buddhism. Psychology is finally catching up in looking at SELF as flexible and changing.

Sandra, I just love all of this. First, Lithuanian Goddess of Water. How cool. I’ll look her up.

And you actually found a way to rename yourself. “of Helen.” That is cool. I wish I had thought of that. I constantly struggle with my last name and trying to get rid of it. How did you get rid of your so that everyone accepts you as deHelen.
Can I share some of this on my blog? Vanda

Yes, you can share anything I write on your blog. I had my name changed legally on my 35th birthday. No problem with people accepting it. In fact, when I first decided I was going to change it I told my boss, and he said he’d start calling me that right away if I wanted. So I tried it out a few months before making the legal change. It was not difficult.

That’s great. Now, Sandra is the name you were born with, right? It’s deHelen that you named yourself. How great to name yourself. Did you just fill out papers or did you have to go to court? I’ve played with the idea of doing this.