Anne Hagan, Woman of Many Genres 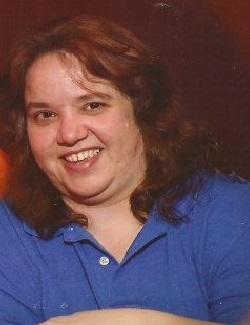 Anne Hagan is the author of the ten books and counting, Morelville Mysteries series, a mystery/romance series, the spin-off from that series, The Morelville Cozies which features the mothers of the two lesbian main characters in the longer series and multiple lesfic romance short stories, novels and novellas. Her lesbian romance, Broken Women is currently on sale for just $.99, wherever eBooks are sold.

Here’s the blurb for the book: Can two women, unlucky in love, find solace in each other?

Where do you go when you lose everything? Who do you turn to next when nobody seems to want you for more than a casual fling?

When death unexpectedly takes the love of your life, the best you can do is to try to cope and to hold on to the good memories. When your beloved’s family takes everything else you have, hope is all that’s left…if you can hang on to that.

You’ve been smitten more than once. You’ve even been in love a time or two. The trouble is, your feelings are always only yours. Cupid’s arrow always fails to land.

Can two love weary people, from different worlds, find strength together? Can they find more and even a happily ever after?

Fans of the Morelville Mysteries mystery/romance series may recognize these two characters, who played supporting roles in those books but this novel stands alone.

Broken Women is my first all-out romance novel. It features two secondary characters who appear in my ‘The Morelville Mysteries’ series from time to time. The book is very focused on them but they also have a second book, Healing Embrace, where several characters from the Morelville Mysteries play prominent roles. I’m planning on a third and final story for later this year, around the holidays.

It’s a book I felt like I had to write. It just wouldn’t get out of my head. I could tell some of the story in the mystery series but it is, after all, a mystery series and not about the two ladies this book is about.

Second; many of my mysteries and some of my romances (the novels) are based in the same universe. The Morelville Mysteries series should be read in order to see the progression of the relationship between Mel and Dana and how everything evolves over time. The thing is, there are nuggets in each successive book, across both series and even in the romances, that only readers who have read everything will pick up on. A reader who just reads the romances, Broken Women and Healing Embrace, for example, won’t feel like she got an incomplete story by any means, but little references and inside jokes are there (especially in Healing Embrace) that only a Morelville Mysteries series reader would know. The same is true of the Cozies series. I have mainstream readers that came to them without ever having read any of the lesfic series that spawned it. Those stories standalone but they too hint at things only my lesfic mystery readers know.

I do read romance…not as much as mystery fiction, but I read it. I decided to try my hand at writing some. It’s actually harder (for me) than writing mysteries but I’m getting the hang of it and my readers seem to like my stories. I won’t be writing ‘straight’, heterosexual romance any time soon though. I read a little of that – a lot less than I read of lesfic romance – but I don’t have any real interest in writing it.

With the Morelville Cozies series, two books are out and a third, The Conjuring Comedienne, is in the works as I write this. It pulls in some elements of the paranormal – something I hadn’t done in any of my books before so that was fun. I may add another couple of books to that series but it won’t be many. There’s so much more involved with writing them than with writing the mysteries. They have to be entertaining without including sex, violence, etc. There’s a lot more dialog and ‘wit’ required. I have been planning a new series that involves mystery and the paranormal, The Craft College Conjurers. It will be somewhere between hard-boiled mystery and the cozy form. There will be lesbian characters but the series won’t be lesfic, per se.

I’ve committed myself to do more short stories, especially romances. I also have two romance novellas planned for this year; the one I mentioned above and one that will be part of a special, super secret compilation for lesfic romance fans that you’ll hear more about later this year.

Where we live, we’re surrounded by my wife’s family and it’s a tiny village where everyone knows everyone and all their business besides. There are always people around. I’m not shy but I am an introvert at heart. Still, I’m so used to all of the craziness, I usually put on a happy face and get out there in the mix. People who don’t know me well, think I’m extroverted. There are times though, with my wife’s blessing, I sneak away to decompress and get some things done. The introvert in me craves the quiet time to work and think.

Website: https://www.AnneHaganAuthor.com Books link: https://annehaganauthor.com/books/ (Most of my books are wide and available wherever eBooks are sold)