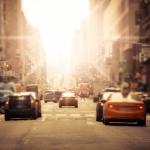 On this past Friday, July 8, 2022, I had to pick something up in midtown on the Eastside. Before the Pandemic, I would have taken a cab, but so many bad reports have been coming out about the NYC subway I chose to take a Lyft car.

The price quoted to me was $38.00. I thought it was unusually high for where I was going, but I know afternoon prices often go up. I took the ride. The driver was wonderful and should not be faulted for anything that happened during this trip.

We kept driving and driving, and I suddenly realized that we shouldn’t be taking this long to get where I was going; it that was not that far away. I asked the driver about this and found that the Lyft GPS was directing him to Brooklyn. The address I requested was NY, NY and I put it in that way.  He and I both checked the address that I originally gave and saw that I was exactly right.

Now, he had to turn around and make a long trip back to the address I gave originally. By the time we got there, it was raining and the place where I had to go was closed. The first car had left so I had to call a second to pick me up.

When I returned home, my mission NOT accomplished, I filled out a complaint form online and looked for a way to talk to a human being about this huge technological gaff.

But there is no way to talk to anyone at Lyft. They ended up charging me $78! A fee I did not agree to and would never have agreed to. Then I was also changed for a second driver to pick me up.

Through my research to find some sanity in this, I discovered what Lyft calls their NO Refund Policy and this policy is for everything and anything. No matter how wrong Lyft may be they will not speak to you, but they will charge you and never refund a dime no matter how wrong they are.

With computers, we are returning to a Buyer Beware mentality in which consumers do not have a chance.  Business will win every time. I won’t be taking Lyft again, but that will hardly hurt their business. More companies will begin to adopt these policies if nothing is done and it will be so much easier than when the Ancients did it. All they have to do is set up their computer and turn their backs.

Vanda, I’m so sorry this happened to you. That is so wrong. I’m glad you’re sharing your experience with us.